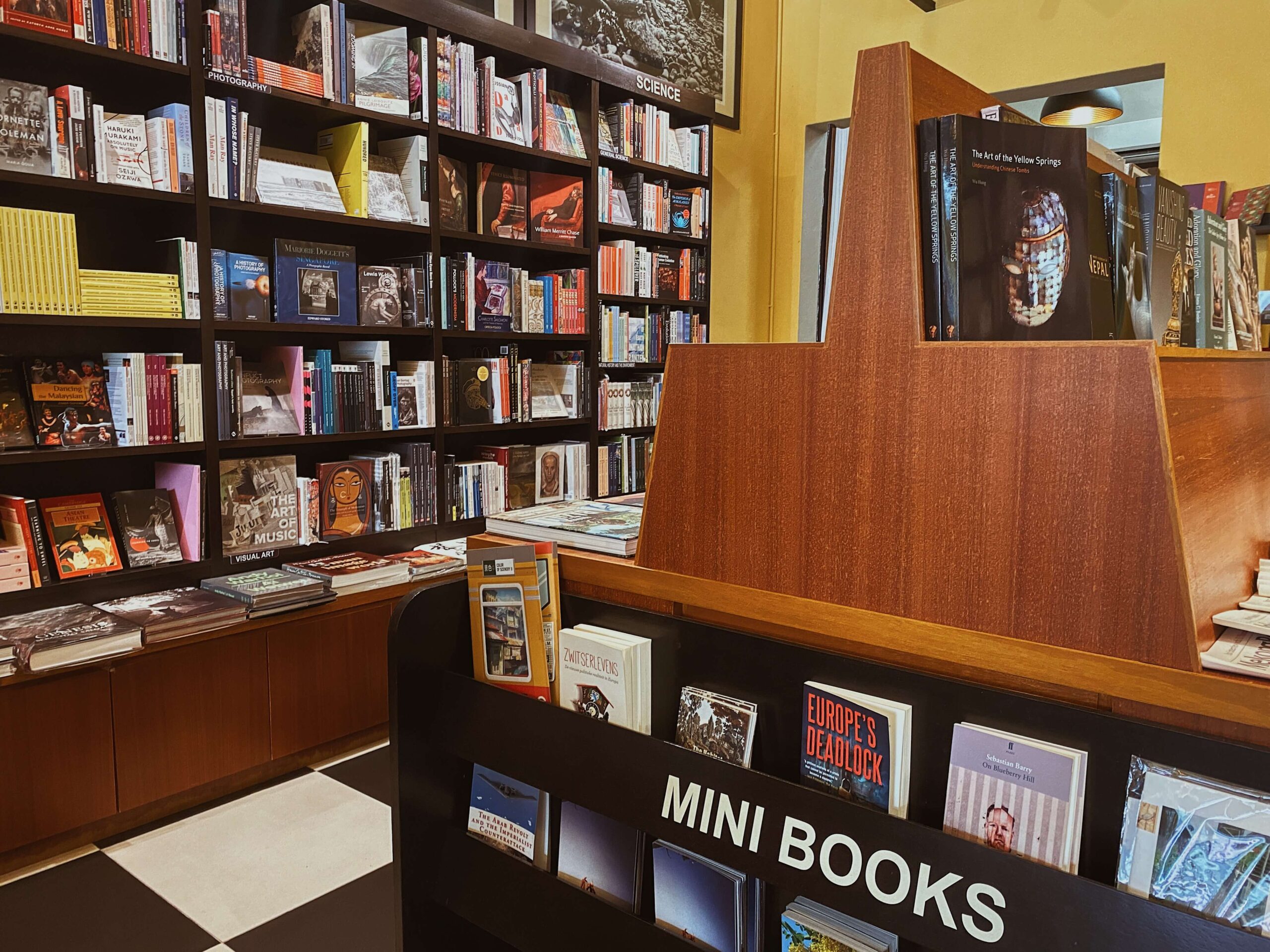 Are you looking for the best books about libraries and librarians?

These books that take place in librarians are perfect for every bookworm. There’s something so comforting and cozy about reading a book that is about libraries or is primarily set in a library.

I’ve included books on this list from a variety of genres, including fantasy, historical fiction, contemporary, and nonfiction, but the one thing they all have in common is that they are about libraries!

The Paris Library is a historical fiction novel that takes place between Paris in World War II and Montana in the 1980s.

In World War II, the main character Odile is working her dream job at the American Library in Paris when Nazis invade France and occupy Paris, turning her life upside down.

Later, in the 1980s in Montana, a teenage girl named Lily befriends her mysterious neighbor, an elderly French woman, and learns the secrets of her past.

2. The Lions of Fifth Avenue by Fiona Davis

The Lions of Fifth Avenue is another historical fiction novel about a library.

And this one is also split between two timelines: In 1913, Laura is the wife of the superintendent of the New York Public Library.

Eighty years later, her granddaughter Sadie is a curator at the library. When a series of rare book thefts cause trouble at the iconic New York Public Library, two generations of strong-willed women are left to pick up the pieces.

3. The Starless Sea by Erin Morgenstern

The Starless Sea is a fantasy novel involving a library.

Zachary is a graduate student in Vermont when he discovers a mysterious book hidden in the university stacks.

As he turns the pages, entranced by tales of lovelorn prisoners, key collectors, and nameless acolytes, he reads something strange: a story from his own childhood.

4. The Library Book by Susan Orlean

The Library Book is an intriguing nonfiction book about a 1986 fire at the Los Angeles Public Library.

The catastrophic blaze destroyed more than 4,000 books and damaged over 7,000 more.

And was it an accident, or did someone set the fire on purpose?

In this book, the author investigates the circumstances of the fire, but also provides a thorough history of libraries around the world and the role that libraries play in our lives.

5. Sorcery of Thorns by Margaret Rogerson

A Sorcery of Thorns is a young adult fantasy novel. If you’re looking for a book about magical libraries or features one, be sure to check it out.

Elisabeth is an apprentice in one of her kingdom’s Great Libraries, where the most dangerous magical books are kept under lock and key.

But when an important grimoire is released into the world, Elisabeth is implicated for the crime and must team up with her enemy, a sorcerer named Nathaniel, in order to preserve the library and the rest of the kingdom.

6. The Midnight Library by Matt Haig

What if there was a library full of books containing the stories of all the different paths your life could have taken?

That’s the premise of The Midnight Library, which shows that each choice you make in life can completely change your story.

This is a book about the choices we make, and what it means to live a fulfilled life.

The Last Chance Library is a heart-warming novel about one woman’s fight to save her local library.

June is a lonely and shy librarian in a small English town who would rather spend her time buried in books than venture out into the world.

But when her library is threatened with closure, June is forced to emerge from behind the shelves to save the heart of her community and the place that holds the dearest memories of her mother.

8. The Personal Librarian by Marie Benedict and Victoria Christopher Murray

The Personal Librarian is a historical fiction novel based on the true story of Belle da Costa Greene.

She was the personal librarian of banker J.P. Morgan, tasked with curating his private collection.

She became a fixture in New York City society and one of the most powerful people in the art and book world.

However, as a white-passing black woman, she faced many challenges and was forced to conceal her true identity.

9. Ink and Bone by Rachel Caine

Ink and Bone is a young adult fantasy novel that imagines a world where the legendary Great Library of Alexandria was not destroyed.

Instead, it grew to become a presence in every city on Earth, governing and controlling the flow of knowledge to the masses because personal book ownership is forbidden.

10. The Library of the Unwritten by A. J. Hackwith

Another fantasy novel about libraries is The Library of the Unwritten.

In this story. books that aren’t finished by their authors reside in the Library of the Unwritten in Hell, and it is up to the Librarian to track down any restless characters who emerge from those unfinished stories.

Claire is the current Librarian, and she gets involved in a conflict between Heaven and Hell when a particular character escapes from an unwritten book.

11. The Invisible Library by Genevieve Cogman

The Invisible Library is another fantasy book that takes place in a library. Irene is a professional spy for the mysterious Library, a shadowy organization that collects important books from all of the different realities.

She and her enigmatic assistant are sent to an alternative London to retrieve a dangerous book.

When they arrive, the book is already gone and they are pulled into a web of deadly danger and sinister secret societies.

12. The Library of Lost and Found by Phaedra Patrick

The Library of Lost and Found is a poignant story about a shy and introverted librarian named Martha, whose life changes when a book a fairytales arrives on her doorstep one day.

Inside the book, she discovers a note from her beloved grandmother who passed away under mysterious circumstances years earlier, and a clue that she might actually be alive.

Martha sets out on a journey to discover the truth of what really happened.

13. The Shadow of the Wind by Carlos Ruiz Zafón

The Shadow of the Wind is a historical fantasy novel set in Barcelona in 1945.

An antique book dealer takes his son Daniel to a library called the Cemetery of Forgotten Books, where he finds solace in a book by an author named Julian Carax.

But when he sets out to find the author’s other works, he makes a shocking discovery: someone has been systematically destroying every copy of every book Carax has written.

14. A Discovery of Witches by Deborah Harkness

A Discovery of Witches is a fantasy book that partially takes place at the library of Oxford University, where a scholar and descendant of witches named Diana unknowingly recalls a magical book while doing research.

The reappearance of this book summons a fantastical underworld to Oxford and throws Diana into the magic she has been trying so hard to avoid, along with leading her to a forbidden romance with a vampire named Matthew.

15. The Giver of Stars by Jojo Moyes

The Giver of Stars is a historical fiction novel set in the mountains of Kentucky in the 1930s.

It’s based on the true story of Eleanor Roosevelt’s traveling library initiative, which recruited groups of women to bring books to rural areas in the United States that would not otherwise have access to public libraries.

16. The Library at the Edge of the World by Felicity Hayes-McCoy

The Library at the Edge of the World is the perfect book for book-lovers!

This story is set on Ireland’s stunning West Coast and is about a local librarian who drives a library van through the coastal towns.

In this touching and enchanting story, she must find a way to rebuild her community and her own life.

17. People of the Book by Geraldine Brooks

People of the Book is novel is about the Sarajevo Haggadah, a rare Jewish manuscript that is rescued from bombing during the Bosnian War.

Book conservator Hanna travels to Sarajevo to perform analysis and conservation on the book, while the novel follows the book’s history over the past five hundred years.

18. The Woman in the Library by Sulari Gentill

The Woman in the Library is set in the Boston Public Library. If you’re looking for mystery books about libraries or set in a library, this book is perfect!

After an incident at the library, everyone is instructed to stay put in the reading room.

While they wait for the all-clear, four strangers, who happened to sit at the same table, pass the time in conversation and friendships are struck.

Each has his or her own reasons for being in the reading room that morning – it just happens that one is a murderer.

19. The Librarian Spy by Madeline Martin

Ava thought her job at the Library of Congress would mean a quiet, routine existence.

But an unexpected offer from the US military brings her to Lisbon with a mission: posing as a librarian while working undercover as a spy.

Meanwhile, in occupied France, Elaine has begun an apprenticeship at a printing press run by members of the Resistance.

20. The Overdue Life of Amy Byler

The Overdue Life of Amy Byler is a romance novel about a librarian. Overworked single mom librarian Amy needs a break.

So when the guilt-ridden husband who abandoned her shows up and offers to take care of their kids for the summer, she accepts his offer and escapes rural Pennsylvania for New York City.

There, she lets her hair down and finds herself following for another librarian she meets at a conference.

When a teenage girl gets a summer job working at her local library in a London suburb, she discovers a crumpled list of books within the pages of a copy of To Kill a Mockingbird.

Bored at work and intrigued by the list, she decides to read each book on it, and ends up connecting with a lonely old widower who finds himself at the library for his own reasons.

Books About Libraries to Read

Get these books set in libraries and more here: 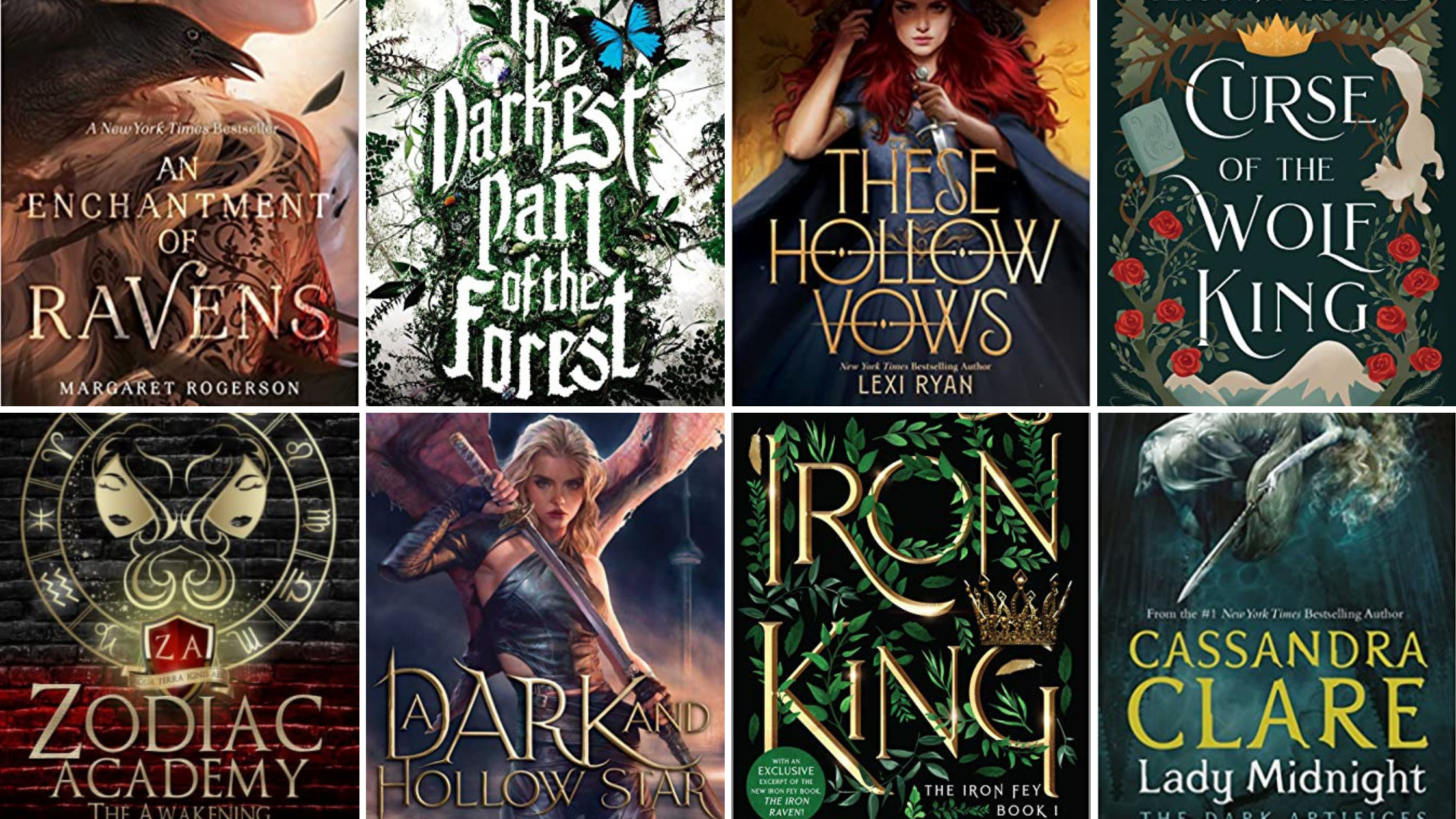 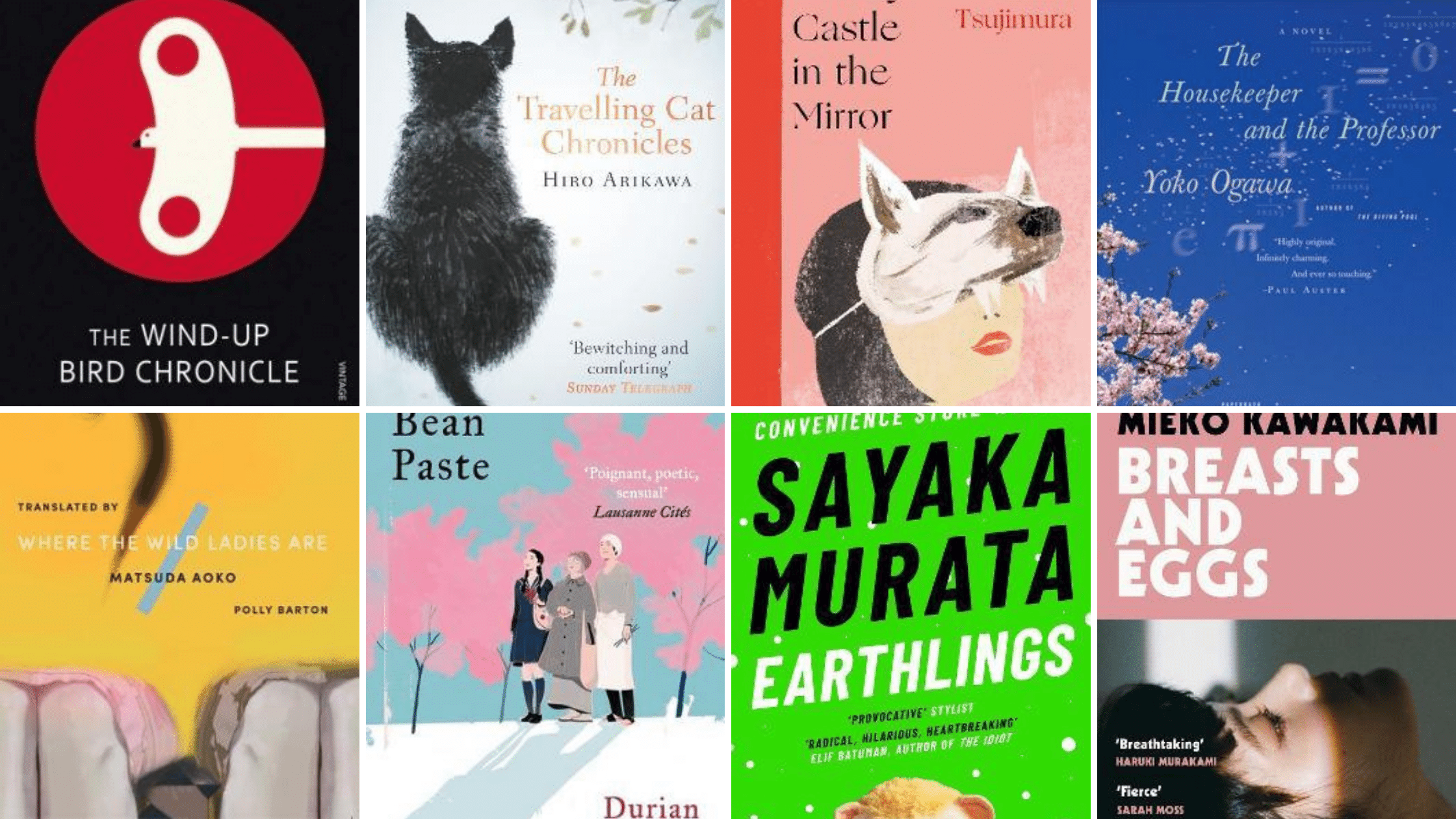 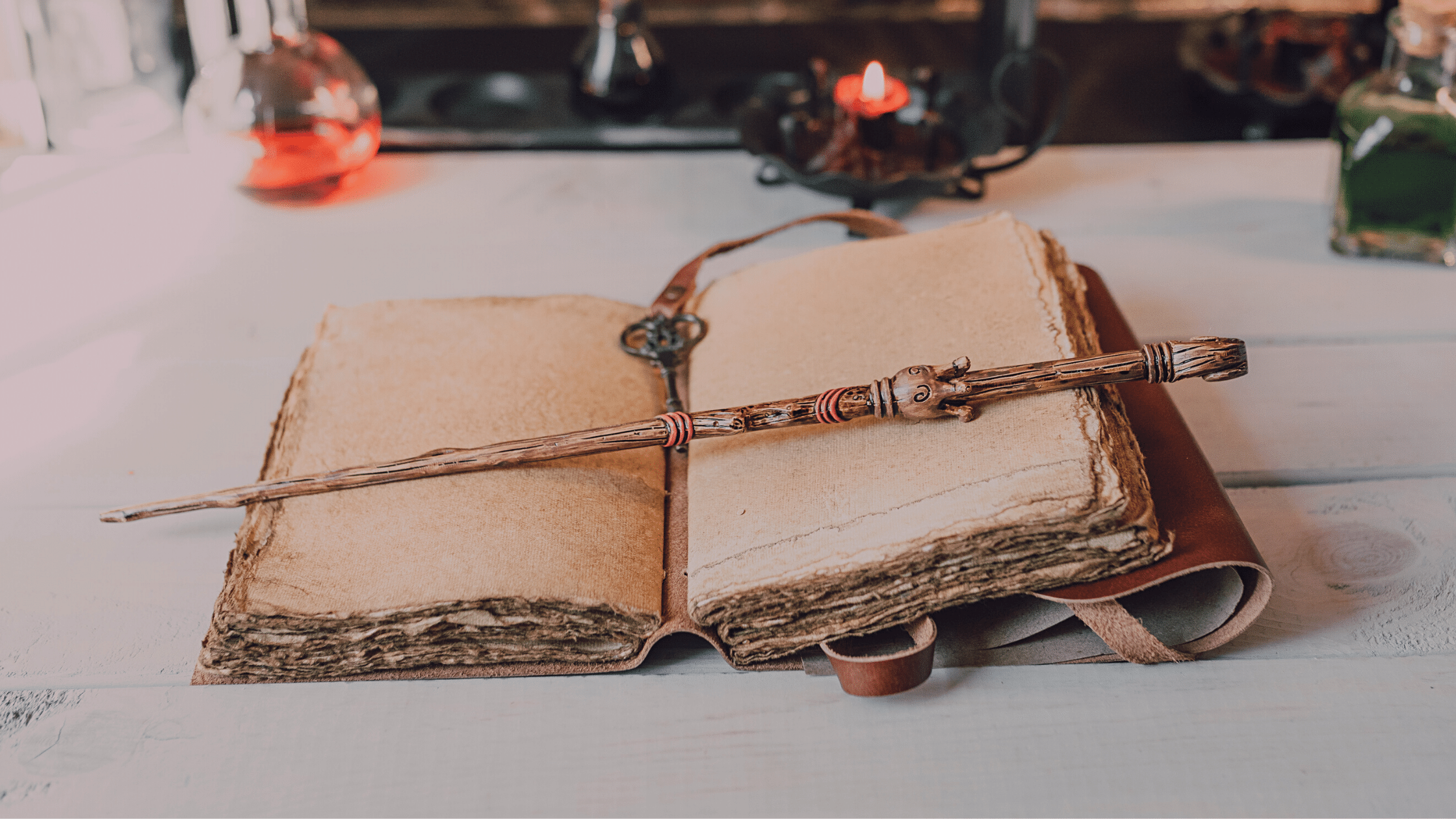 Want to recapture the magic of Harry Potter? Here are the best books like Harry Potter for adults! Like many people, I have a fondness and nostalgia for the Harry Potter books. Although, I did not actually start reading them until I was fifteen, once I did, I flew through the entire series in a… 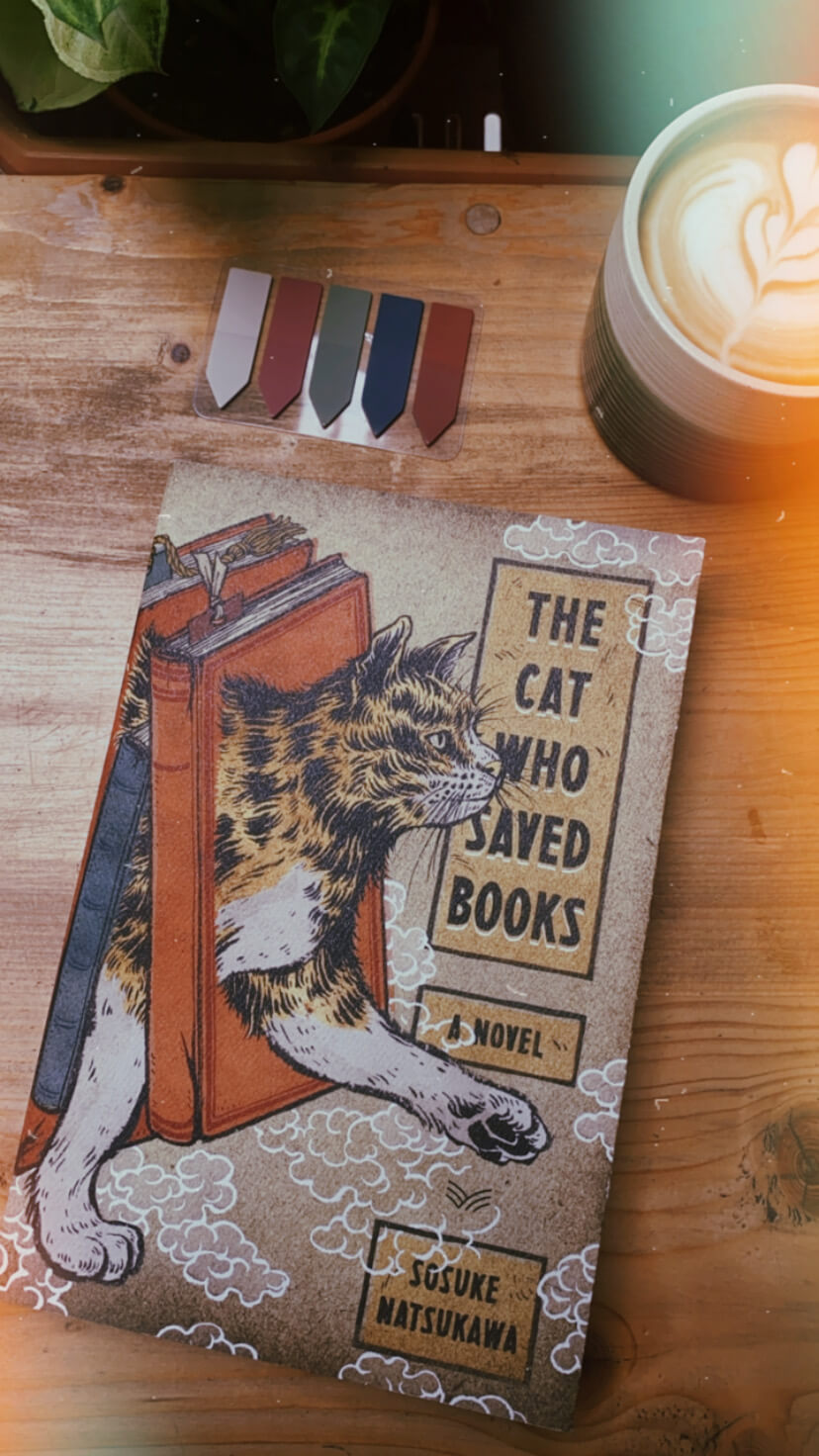 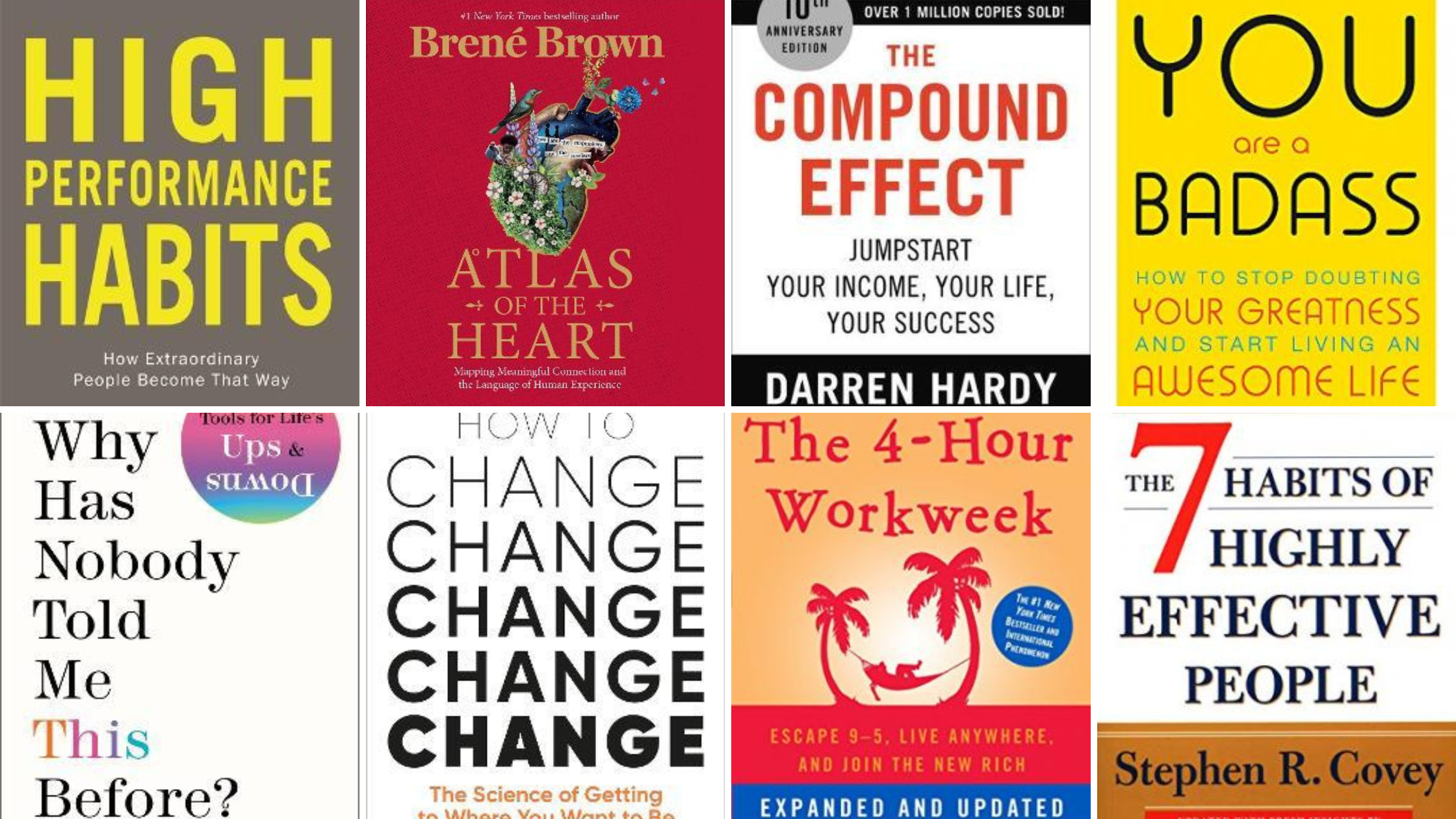 Books like Atomic Habits belong to the self-development category and have existed for years now. They can vary from topics like increasing productivity, managing finances and relationships, learning the art of persuasion and forming habits.  If you’re someone who rarely reads self-help books, it’s important to understand that your takeaways from the book are highly… 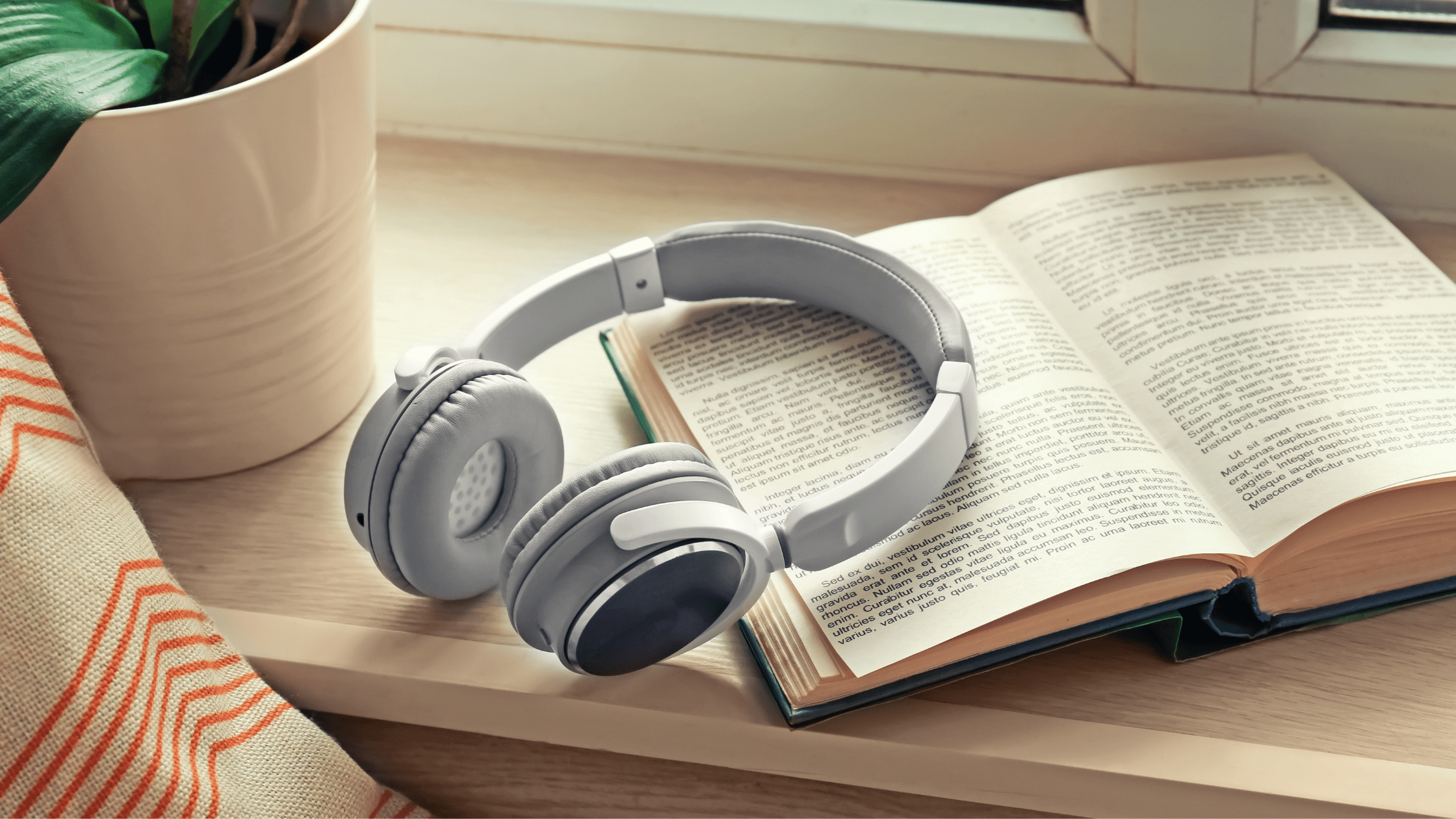